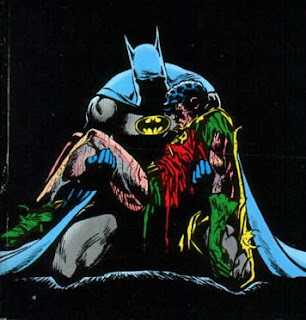 Greetings from my lunch hour!  I am posting this blog from my phone so bear with me.

After 2 viewings of Suicide Squad, I can finally say that critics are insane.  This was by no means a film that will change your view on life, but it was a very fun movie.  Let's be real, if you are going to a comic book movie and are looking for more than what the formula provides, then you are in the market for a house in Disappointmentville.  That is an actual place.  It's called Flint, Michigan.

Margot Robbie and Will Smith stole the show, with a side of Joker thrown in.  This is yet another DC film that has a huge disparity between critic and fan opinion.

Over at the Field of Geeks studios, we ha had a great time interviewing Parker Jennings.  Parker,  aside from being a super nice guy, is the artist for Blanky Bot, a great book from Plume Snake comics.  Give it a listen!

In non-comics news, my daughter is a sophomore in college now, and I am super old.  But, that means more time for the blog!  YOU'RE IN FOR IT NOW, PEOPLE.