Please pardon the following rant, I was recently blindfolded and taken against my will to Guatemala.  Nothing against Guatemala, but it can be a little disorienting.  Huge shout out to my legions of readers from Guatemala!!!!

In this entry, let's talk about other people behind their backs.  I'm talking about fanboys who take their craft vey, very seriously.  "Hey Steve, what the heck are you talking about?"

You get the idea.  This is obviously most prevalent in sports, where rivalries have existed for a long time.  It is also prevalent with Israel and the Palestinians.  Also, it was pretty common among the Grunnbgh and Chootahhhhh tribes who were at war with each other in the Paleolithic era.  Basically, the ability to act stupid has been present for a very long time.

We know that is not going to change any time soon as social media has given us a platform to engage in new levels of idiocy under the blanket of anonymity.  Whether we like it or not, social media has an influence.  Why?  Because there people out there who are willing to let their opinions be formed by others without forming an opinion for themselves.  One example that you have probably never heard of: politics.

So what can creators do about this?  They can stop listening to vocal minorities, for starters.  When I see a Rotten Tomatoes critic score of 28% but an audience score of 69%, chances are, I'll take the audience's word for it.  When I see ANY comments on YouTube, I know I am reading the worst of what humanity has to offer.

We all have opinions, and that is awesome.  How we convey those messages is another thing entirely.  When I say that I think Salma Hayek is unbelievably attractive, others may think differently.  That is okay.  Who am I kidding?  That's crazy talk.  But you get my drift.  How we communicate with each other is important, and it's an art form that is all but lost.

I am as guilty of this as anyone, particularly in my Spawn/WildC.A.T.S. review.  While I try to bring an absurdist view to my ramblings, there are real people who put real effort behind it.  I don't have to like it.  And I didn't.  Maybe we should stop being so hateful.

Except for the Batman & Robin movie, then it's ok.

My friends and I at Field of Geeks (click on the link to the side) recently did some movie commentary on the 1997 disaster, Batman & Robin.  As you can imagine, we had an amazing time being able to review a movie that shows us that life just is not fair.  It showed us that Satan had a strong grip on Hollywood.  It also showed us that Ali﻿﻿﻿﻿﻿﻿cia Silverstone's mole was there one second, and gone the next.

If you are like me, and pray that you aren't, you love comic book movies.  As a comic book fan, it stands to reason that I am part of the target audience, right?

﻿
Not with Batman & Robin.  My sources tell me that the target audience for this film was the Ik'Scctey, and evil alien race who is hell-bent on destroying planets for their natural resources.  Below is an excerpt of my interview with said source.

Steve: I understand that the film was actually commissioned by the government, is that correct?

Source: Right you are, Steve.  You have to understand, we, as a nation, were at the height of the Spice Girls' popularity, and we were all just tired after the Lewinsky thing.  Batman & Robin was our way to commit planetary suicide.

Steve: So then why are we still here?  What happened?

So there it is, ladies and gentlemen.  Straight from my fictional source's mouth.

If you have NOT seen this film, save yourself.  If you have, you'll recall the therapy you have gone through to try and quiet the night terrors.  You might also recall Uma Thurman breathing on people a lot.

George Clooney actually takes the blame for this.  While that is gracious, it is not his fault.  There is so much blame to go around, from Warner Brothers straight down to the caterer.

As a serious film-reviewer (of which I am not, I like some pretty terrible movies), I would be remiss if I did not acknowledge the good with the bad.  So without further delay, the best part of the movie?

Rating: One out of five George Clooney head bobs.
Posted by Steve at 4/11/2016 No comments: 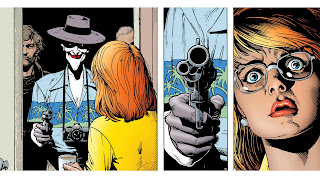 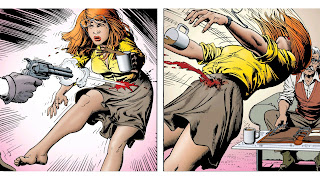 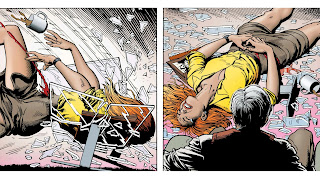