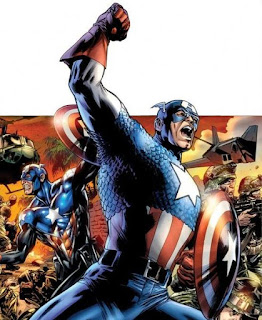 This series is off to a promising start. By the way, you NEED to start reading Dark Avengers. That's not a request. Stop drooling on the Magic card cases and buy Dark Avengers!!

Steve the completist has a hard time jumping in after something has started.

I noticed a lot of "Dark" Marvel titles...are they just crossovers, or is there a book "Dark Avengers"? If so, I will grab it and let you catch me up!