Anyone reading Nightwing? I'll wait for an answer. This is interactive, and without participation from you, I am concerned you just aren't engaged. While I wait, I'm going to take a drink of water while I look over at you as if I am expecting an answer. The water, albeit real water in a real cup, is more of a prop. If I am calmly taking a drink while I look expectantly at you, it shifts the focus on you to start speaking. The last thing you want is to be in a room full of people and someone expects you to speak then you don't. Especially when they are taking a drink of water. It's as if the mic has been passed to you. So don't F this up.

If you are reading Nightwing you already know what's up. If not, Nightwing recently went for a long stint having lost his memory after being shot in the head. He went by Ric Grayson, as opposed to Dick Grayson. Sometimes I wonder if DC has all this planned out or if they are just picking EVERY idea they throw against the wall.

Anywho, Dick Grayson is back, and I started reading again at issue 75. A good jump on point! Every issue has been a fun read until the last two issues...80 and 81. These were AWESOME reads.

TIM DRAKE. Yup. As a long time reader, you can actually objectively say that Drake is the best Robin. Is he your favorite Robin? That's a different question. Some people love Grayson. Other people who think they are edgy like Damien as their Robin. From a pure loyalty perspective, and an intelligence perspective, Drake wins. Case closed. I'm the judge.

So Tim is along for the ride in these issues. I will not give away the spoiler at the end of issue #81 but if it's true, I cannot wait to see where it goes.

Go pick up Nightwing at your local comic shop, or download it from Comixology. 5 out of 5 concussions. 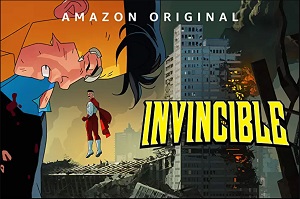 I tried. Almost 2 years since my last post. The original plan was to wait for the 2 year anniversary and then continue to wait until probably forever.

BUT HERE WE ARE.

Honestly, I just get tired of reading the negativity on the internet. The click-bait headlines, the articles that just make up stuff that is nothing but conjecture...it's all ridiculous. At least be honest about what you are doing.

This is a blog. My blog. So it's nothing BUT my opinion. It's not disguised as news. You will not see articles like this:

Fans on Twitter said it. Who knows, we will wait and see.

That's the gist of 90% of articles about pop-culture stuff. It's excruciating to read. So, as I attempt to exile myself from that garbage (for the 372nd time), I am coming back here to irritate all zero of you who read this.

Superman and Lois are two episodes in on the CW and I recommend it wholeheartedly. As a fan of all the live action Supermen (Shaq as Steel does NOT count), Tyler Hoechlin as Clark Kent/Superman absolutely embodies the spirit of the character. Like his predecessors, he has a rough road ahead in a world where Superman can be viewed as "too powerful", "hard to write because he is so good", or "he got stabbed in the butt by Kevin Spacey".

Anywho, we live in a world where Superman is needed more than ever. Our country is more divided than ever, people actually hate each other if you do not agree with their politics (on either side of the aisle), and there are still no Waffle Houses in Iowa. If that doesn't describe a "hell in a handbasket" environment to you, then you are no son of mine.

Superman is a hero who is supposed to be better than we are. It's someone we can strive to be more like. He is not without sin, he makes mistakes, but how many of us can truly say we try to do the right thing all the time? Not me. That's why I like Superman. It reminds me to try and be better. It doesn't guilt me into hating him and then saying how great The Punisher is because it's easier on my crappy moral code...no. Superman is supposed to inspire. He is supposed to set the example. In two episodes of CW's Superman and Lois, he has done that so far.