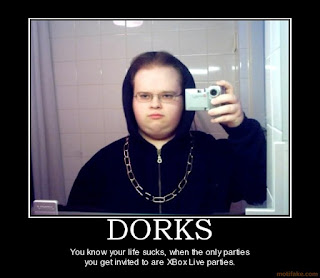 Not that you have asked, but I am on my 5th xbox.  FIFTH.  For anyone who has had an xbox, they know what the red ring of death means.  That is what happened to all my prior consoles.  Finally, I bought a new one.  I still have the old one, and it just collects dust upstairs on a shelf.

With my current xbox, I am now unable to load discs.  This is a little inconvenient when I want to, oh I don't know, PLAY MY XBOX.  Sure, I can play arcade games until I am blue in the face.  But, I would rather get blue in the face playing some of the discs I've spent over a thousand dollars on.

I will send it in, probably pay the 90-100 bucks to get it fixed, which is to say they will just send me a refurbished xbox that had already junked out before.  I can get a disc to play, but I just need to keep trying over and over again.  Yesterday, it worked on the 2nd try.  Today it worked after at least 20 times.  So I bought a game from the marketplace.  Battlefield Bad Company 2.

It's supposed to be pretty fun.  My brother and nephew are fans, and that's good enough for me.

In the meantime, I'd like to tell my good friends at xbox: STOP SUCKING.  Seriously.  Soon I will be on xbox #6.  Xbox is easily the best and worst gaming system all at once.  Awesome games, excellent multiplayer and tons of extras through Xbox Live, and the most unreliable hardware known to man.  I'd rather have drunk monkeys make me a new xbox.
Posted by Steve at 2/12/2012

So do you have a new one? One of the cool black ones??

Not yet. Waiting until mid-March before I get a new one. Bonus time! The box said they are Wi-Fi ready now! Makes me glad I spent a hundred bucks on my adapter. Whoo!